When a lot of great people do a lot of great things it is all good, but when they share their findings among each other, challenge each other to try new things, sharpen their skills and just have fun together – magic happens. That’s why the very first internal tech conference Dev:Radar was such a great event which gave a huge taste for more.

What was it?
The first ever internal tech conference Dev:Radar was held in Gothenburg in October 2019. The purpose was to focus on the tech part of what we do and what sets us apart, to develop technical skills and improve daily work, to investigate new technique, boost collaboration throughout the organization and benchmark tools – By developers, For developers.

From Service Design to Renting Unicorns
During the two days topics like service design, block chain, different clouds, and rental Unicorns (an AWS Game) were covered among many, many other. More than 200 people took the opportunity to meet and listen to the passionate WirelessCar speakers and the external speakers from cloud providers Amazon Web Services, Microsoft and Google. Parallel sessions were held and the agenda offered both interesting sessions and hands on stuff like tech labs and AWS Game Day as well as After work with live music from Hela vägen Hem.

The Winners of the AWS Game Day. Congratulations!

The band Hela Vägen Hem, with our very own Samuel on the base, played after the conference day one.

WirelessCar developer Kanimoshi Arasu listened to Mike Moira from AWS who talked about Modern Serverless Development. ”As a backend developer this was very interesting and new learning for me. It’s a new kind of development work for me. I also came to Dev:Radar to participate in AWS Game Day. It’s more hands on and gives a lot of knowledge”

Hands on labs and Drones
The second day included among other things a tech session and hands-on–labs from Google Anthos and Microsoft MCVP. Manasvi Srivastava from WirelessCar held “The ConnQuest”, a Hands-on-Lab which included several of our digital services. As part of the workshop, the participants were given scenarios from a futuristic world where they were tasked to save people using a rescue Carrier (a DJI Tello drone) by making calls to mocked Connect Services from a Java client.

All in all this was two great days at work with lots of laughs, insights, competitions and collaborations, that gave tons of energy and inspiration and a taste for more. A new tradition is born!

Facts about the event
Attendees: Around 200 WirelessCar staff
Length: two full days filled with keynotes and parallel sessions
Venue: Brewhouse Gothenburg
Unicorns handed out: 15
Drones in the air: 1
Best take away: To speak with the three different cloud providers 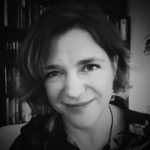